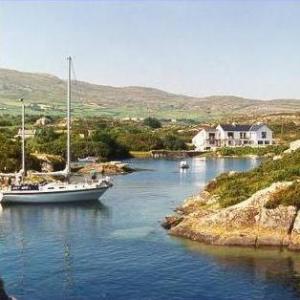 Cork is Ireland’s largest county and boasts one of Ireland’ most relaxed cities surrounded by stunning surrounding countryside – it is also home to Blarney Castle.

Thousands of visitors come to the castle every year to kiss the Blarney Stone to give themselves the Irish gift of the gab, but make sure you have a head for heights if you do so.

Cork city is slow easy going place which grew up around a monastery founded by St Finbar in AD650. Every October the city hosts an annual jazz festival which attracts visitors from around the world.

Beyond Cork city the county is largely rural with impressive coastal scenery along its three rocky peninsulas: Mizen, Sheep’s head and Beara.

There are dozens of castles, tombs and monuments dotted throughout the county and all of them worth a visit.

One of the most impressive monuments is the Drombeg Stone Circle near Rosscarbery. There are 17 standing stones here and a pagan altar on which the sun sets during the winter solstice.

County Cork has a fierce spirit of independence and is known as the Rebel County. One of its most famous sons was the revolutionary leader Michael Collins who was born close to Clontakility.

Collins, who was immortalized by Liam Neeson in film, was a leading figure in the Irish War of Independence but was assassinated by former comrades in his home county in the bitter civil war which followed.

Skibbereen has been immortalised in the song of the same name and was one of the worst affected region during the Great Irish Famine (An gorta mor) during the 1840s.

Mizzen Head is at the extreme south-west of Ireland has many fine cliff top views over the Atlantic Ocean and a new visitors centre.