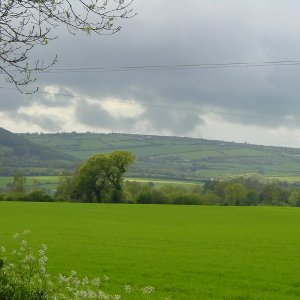 County Carlow is known as “The Celtic Centre of Ireland” because of the sheer number of Celtic monuments and historical sites located here. Many of the county’s abbeys and castles still survive.

Originally a stronghold of the Anglo-Normans, Carlow’s strategic position has ensured it a significant role in the turbulent history of Ireland. During the 1798 Rising, over six hundred nationalist rebels were massacred here. Over four hundred of them are buried near Graiguecullen at the stone quarries.

Carlow, the county town is pleasantly situated on the River Barrow with a wide range of accommodation options making it an ideal base from which to explore the county.

After dark, Carlow provides a wide range of evening entertainment options to suit all tastes and pockets. The diner is especially well catered for, with fine restaurants in the town’s hotels and other specialist restaurants, catering for all requirements in a pleasant setting, always at competitive prices.

Carlow Castle was originally built shortly after 1208, the once-magnificent Carlow Castle owes its present state of disrepair to a Dr Thomas Middleton who, in 1814 blew up parts of it to make space for a lunatic asylum!

Carlow is Ireland’s second smallest county, but has a wealth of scenery that belies its size.

The two great rivers, the Barrow and the Slaney, wind a twisting course southward through the county making it an ideal location for salmon, trout, coarse fishing and river cruising.

The Blackstairs Mountain range forms the county boundary with Wexford and attains a height of 609.6m. Browne’s Hill Dolmen is situated in a field 2 miles east of Carlow town. Dating back to 2000 BC, it boasts the biggest capstone in Ireland.