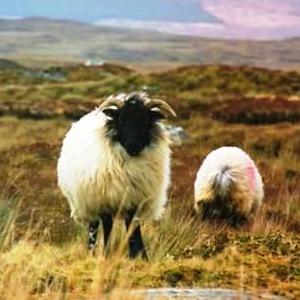 County Mayo is the third largest county in Ireland and one of its best kept secrets.

Its formidable landscape is made up of rugged mountains, sandy beaches and a breathtaking coastline.

Megalithic tombs and dwellings discovered in the enclosure date back 5000 years.

There is an excellent museum on the site. Other must-see places in Mayo include Achill Island, Croagh Patrick, Knock and the town of Westport. Achill is Ireland’s largest island and is linked to the mainland by bridge.

It boasts spectacular scenery and the island’s breathtaking Keem Bay has fine safe beaches as well as being home to harmless sharks.

Saint Patrick, credited with bringing Christianity to Ireland, once fasted on Croagh Patrick for forty days and nights. Thousands of pilgrims retrace his steps each year on the last Sunday in July, climbing the holy mountain while fasting.

An apparition of the Virgin Mary, Saint Joseph and Saint John appeared to a group of local people in Knock in 1879.

Since then, people have visited the site in droves. Pope John Paul II visited Knock in 1979, making it the focal point of his trip to Ireland.

Westport is an attractive, lively town – full of good pubs hosting excellent traditional Irish music. The town was designed by architect James Wyatt in the 1770s and features many wide, tree-lined streets.