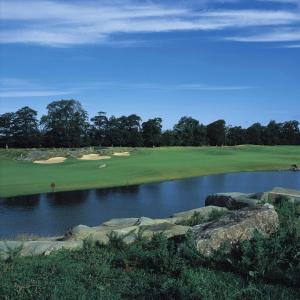 The verdant inland county of Kildare offers a wealth of attractions from horse-riding to architecture.

The land is rich and is interspersed with stretches of ancient bogland. Kildare is regarded as the home of the Irish horse industry. Its lush countryside is ideal for breeding hourses and it is the location of some of the world’s top stud farms.

Major racecourses include the Curragh and Punchestown.

Kildare is also home to Maynooth where thousands of Catholic priests have trained over the centuries and been sent to minister throughout the world.

The county has also long been the home of military encampments. The Anglo-Normans positioned their armies here in the 12th century and Kildare town served as a garrison town for the British during the First World War.

Today, the Irish army has a training base at the Curragh. Castletown House in Celbridge is considered to be one of the finest Georgian mansions in Ireland. Built for William Connolly, Speaker of the Irish Parliament, it was completed in 1732.

The magnificent interiors date from the second half of the 18th century. There is a fascinating museum in the picturesque village of Straffan devoted to locomotive engines and rare industrial stationary engines.