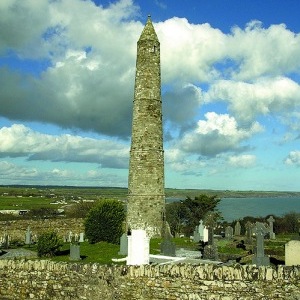 Waterford is for many synonymous with the world famous crystal manufactured in the county.

Visitors can go to see the factory and how the intricate designs are brought to life before being shipped for sale around the world.

Waterford city is the oldest city in Ireland. It was founded in 853 by the Vikings and later extended by the Anglo-Normans.

Situated in a commanding position by the estuary of the River Suir, the city became southeast Ireland’s main seaport.

From the 18th century, the city’s prosperity was consolidated by local industries, including the glassworks for which Waterford is renowned.

The county boasts some of the most beautiful countryside in Ireland including a spectacular coastline sporting miles of safe sandy beaches.

Charming fishing villages dot the coastline where sea-fresh fish can be sampled in first-class local restaurants.