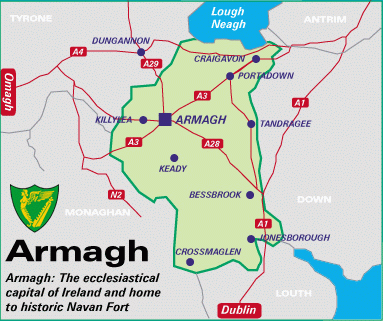 County Armagh (Contae Ard Mhacha in Irish) is a county in Ulster, Ireland. It is one of six counties that remain under British jurisdiction as part of Northern Ireland. County Armagh is known by some as the Orchard Of Ireland because the land is so fertile for apple-growing. Its main town is Armagh, in the middle of the county, although Lurgan at the extreme north-east has a larger population.